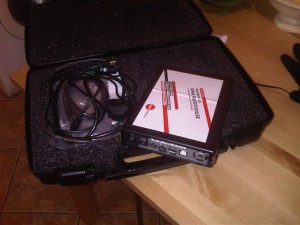 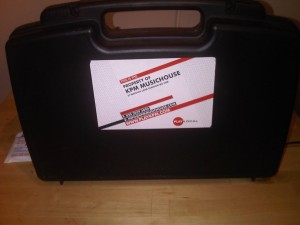 Interesting interview yesterday with Dinamo, who commission a lot of the music they use because of the nature of what they produce. Again, as content producers in the modern sense, they have full rights to exploit this (….previously, for example, productions for S4C would mean all rights signed over to S4C). This means they’re more interested in buy-outs of music, especially if, with say a popular children’s animation, they can sell it to the rest of the world. They very much ‘buy local’ however, hardly ever use production music – but they were interested in the concept of being able to go and open out the commissioning process, even just for 30 second stings – if there was one place where this could happen (music producers and those wishing to commission getting together) then they would be interested.

Various production companies in Wales have taken the changes in ‘content rights’ on board, some having formed their own publishing arms, to exploit all rights.

Preparing for the trip to North Wales, and there’s a good snowball effect happening as I speak to people and they suggest others we should speak to. So far, we’ve got Rondo, Cwmni Da and Barcud covered hopefully, and I’ve expanded who we’re talking to a bit – dubbing mixers seem to have quite an effect on music choice also, for example.

Most things are going up in the calendar. Also, just to clarify, we’ll be keeping things nice and anonymous in general, for the internal research report also, and we’ll be asking people whether they want names used, as standard practice.

Notice that there’s both a project calendar and question framework (which people can feel free to comment about /add to) on the right. I’d stress that the framework questions are are only intended as a loose guide to the areas we want to explore and we encourage tangents into relevant areas.

Croeso! As always, the start of the research project. This blog will be for those involved, a diary of work in progress and any emerging ideas, so feel free to comment and contribute, in any language. In fact, comment is to be very much encouraged if we want a good piece of work at the end….

We’ll be putting up any relevant links, of course, and try to chart things as they come up: though it’s ‘ten days’ up there, inevitably this will entail work over the next month until the 10th March (and beyond), so at least the blog will enable us all to keep in touch and record some ideas that we bat about. Inception meeting on Monday will be important so that we can sort out:

Also, the more serious desktop research can begin once we fully understand the issues from WMF point of view. We could also potentially agree a set of interviews according to contacts etc